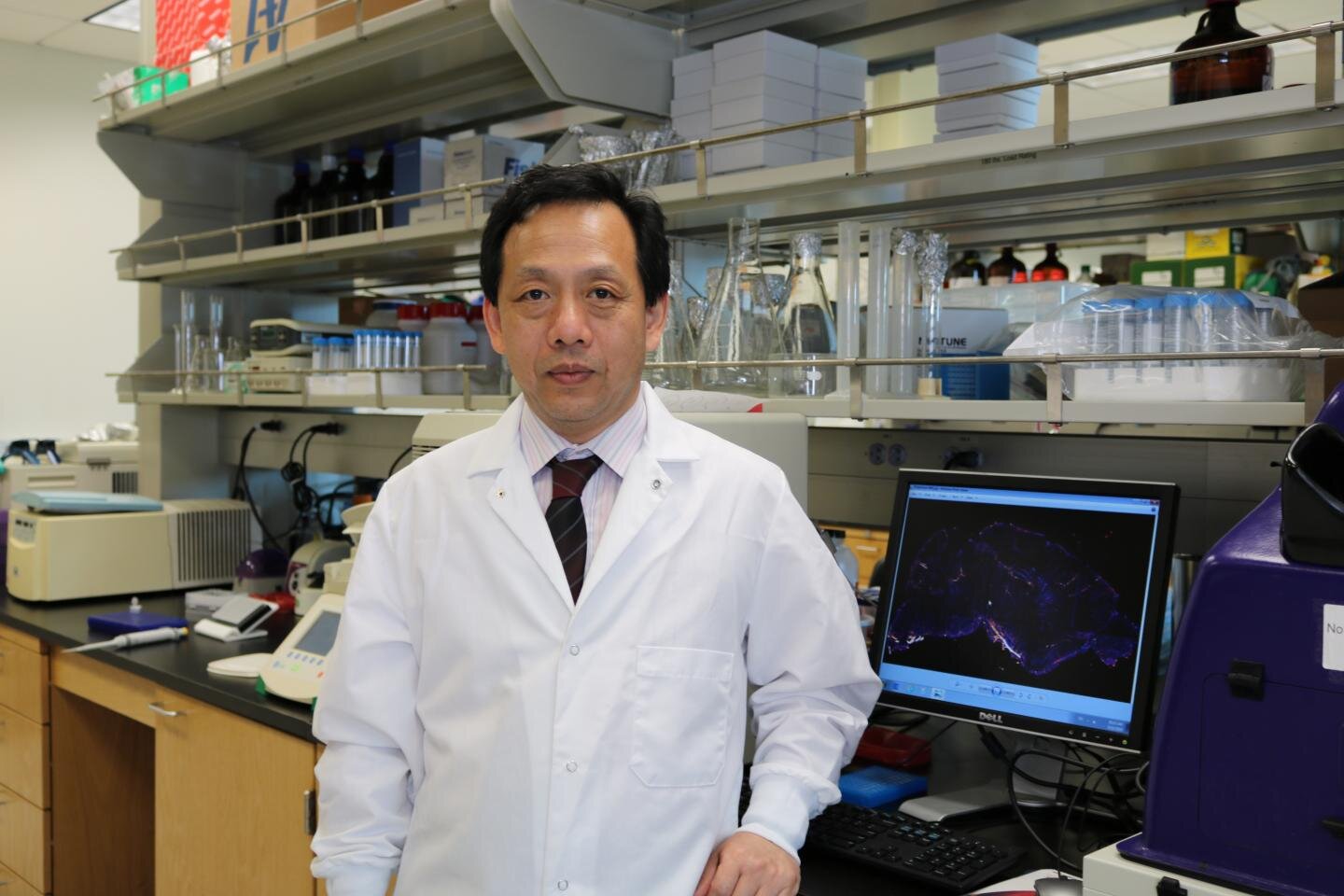 The loss of a sense of smell is known to be one of the earliest signs of Parkinson’s disease (PD) and can even appear years before the characteristic tremors and loss of motor function are seen. Some scientists believe that olfactory dysfunction may not just be a sign of broader neural damage, but rather may have a more direct linkage to the generation of the disorder itself. In support of this idea, deposits of a protein called alpha-synuclein that form Lewy bodies can be found in olfactory areas, as well as in dying dopamine neurons whose loss triggers PD, and mutations in the gene encoding alpha-synuclein produce PD.

In the central nervous system, the sensory neurons that line the nasal epithelium are particularly susceptible to neuroinflammatory attack due to their accessibility to toxic agents inhaled from the environment. Indeed, the olfactory system is directly exposed to a barrage of environmental toxins arising from bacteria, viruses, mold, dust, pollen and chemicals. These toxins lead to local inflammatory responses inside the nose where olfactory neurons send their sensitive endings, and inflammation can spread to promote activation of inflammatory cells called microglia deeper in the brain.

Since mounting evidence indicates that neuroinflammation contributes to the development and progression of PD and other degenerative diseases, scientists have proposed that the initial impact of environmental toxins inhaled through the nose may induce inflammation in the brain, triggering the production of Lewy bodies that can then be spread to other brain regions. However, the relationship linking olfactory dysfunction and PD development remains unclear.

Ning Quan, Ph.D., a neuroscientist from Florida Atlantic University’s Schmidt College of Medicine and a faculty member of the FAU Brain Institute (I-BRAIN), is among a team of researchers with new findings that add weight to this theory and identify a critical signaling molecule that may be key to the domino effect kicked off by nasal inflammation.

Results of the study, published in the journal Brain Pathology, showed that application of an irritating component of a bacterium’s cell wall induces inflammation in the areas exactly where the olfactory neurons project, called the olfactory bulb. Moreover, these areas show the hallmark signs of PD, depositions of alpha-synuclein, the core components of Lewy bodies. PD is characterized by progressive motor and non-motor symptoms linked to alpha-synuclein pathology and the loss of dopaminergic neurons in the nigrostriatal system. Toxic aggregates of alpha-synuclein can arise from either overexpression of the protein, changes in protein modifications, and from hereditary mutations.

Quan and collaborators from China’s Xuzhou Medical University, Nanjing University of Information Science and Technology, and First Affiliated Hospital of Soochow University, demonstrate that inflammation induced in the nasal epithelium leads to overexpression of toxic forms of alpha-synuclein both in the olfactory system and in the dopamine neurons, which then degenerate and trigger Parkinson’s-like behaviors in mice. Using a mouse model developed by Quan, the researchers demonstrate that these effects require activation of a single receptor protein for the inflammatory signal, interleukin 1 beta.

“Data from our study show that the bacterial trigger does not move across the blood-brain barrier,” said Quan. “Rather, a sequential inflammatory activation of the olfactory mucosa triggers a subsequent expression of inflammatory molecules within the brain, propagating the inflammation.”

According to the Parkinson’s Foundation, approximately 60,000 Americans are diagnosed with PD each year. More than 10 million people worldwide are living with PD. Incidence of PD increases with age, however, an estimated 4 percent of people with PD are diagnosed before age 50. People with PD may experience tremor, bradykinesia, limb rigidity, gait and balance problems as well as cognitive impairment.

“Parkinson’s disease is a devastating neurodegenerative disorder,” said Randy Blakely, Ph.D., executive director of FAU’s I-BRAIN. “Currently, there is no cure for the disease and current medications have significant side-effects. These new findings may ultimately lead to potential therapies that could shut down the origins and progression of this debilitating disease.”

Citation:
New study on development of Parkinson’s disease is ‘on the nose’ (2020, August 3)
retrieved 3 August 2020
from https://medicalxpress.com/news/2020-08-parkinson-disease-nose.html