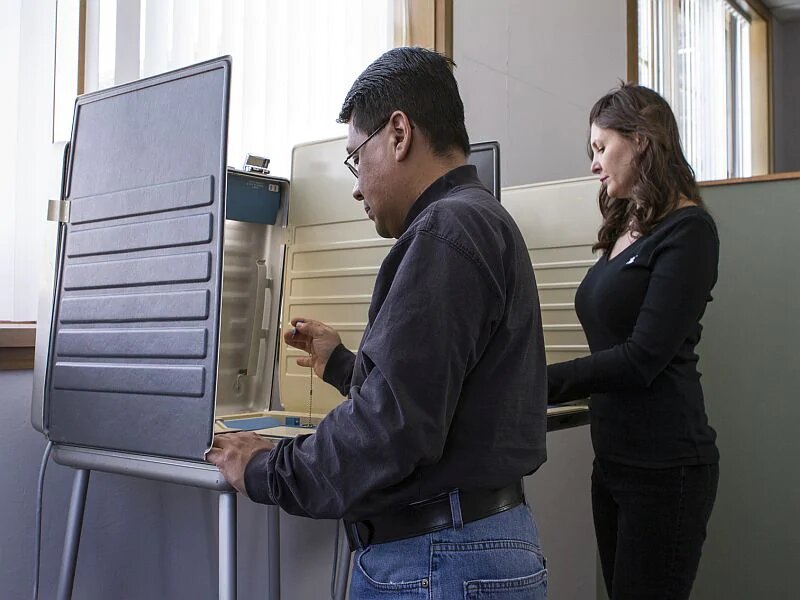 The conclusion follows a U.S. Centers for Disease Control and Prevention investigation that looked at what happened in the city of Milwaukee this past April after Wisconsin became the first state to hold an election in the midst of the pandemic.

The bottom line: The election did not appear to trigger an uptick in cases, hospitalizations or deaths due to COVID-19.

The caveat: The vast majority of voters (68%) cast mail-in absentee ballots. And those who voted in person did so under the watchful eyes of the state National Guard and city health department staff.

According to study author Eva Leidman—an epidemiologist with the CDC’s emergency response and recovery branch in Atlanta— adhering to safety recommendations is critical.

The CDC, said Leidman, supports safety measures such as “hand-washing, staying home when sick, coughing and sneezing [into the] elbow, and face coverings.” Environmental cleaning and disinfection are also important, she added, in an effort “to make sure Americans can participate safely in elections.”

Beyond that, a CDC directive issued in late June also advocates a “wide variety of voting options” and longer voting periods, whether that involves weeks of early voting or longer hours on election day. And it warns that “elections with only in-person voting on a single day are higher risk for COVID-19 spread because there will be larger crowds and longer wait times.”

The June directive was issued well after Wisconsin’s April 7 primary elections. But Leidman and her colleagues found that the voters of Milwaukee seem to have preemptively embraced much of the same thinking.

For example, in recent weeks, President Donald Trump has publicly disparaged the wide-scale use of absentee ballots, going so far as to float the idea of postponing the upcoming November election based on claims that mail-in votes are vulnerable to massive fraud.

But Milwaukee voters clearly had no such qualms. Statewide public health messaging strenuously encouraged absentee voting, and the Milwaukee Election Commission found that 68% of Milwaukee voters heeded that call in 2020, up from 4% in 2016.

By contrast, while in-person election day voting accounted for 91% of all votes cast in 2016, that figure plummeted to less than 20% in 2020.

At the same time, in-person polling stations were drastically limited, down from 181 in 2016 to just five in 2020. And all were monitored by the city health department for social distancing, mask-wearing, and routine surface cleaning compliance.

The result? The 572 COVID-19 cases reported in Milwaukee in the two weeks following the election represented a drop from the 693 cases over the prior two weeks. COVID-19 deaths also dropped from pre-election to post-election, by 33%. And hospitalizations continued a downward trend that had begun in late March.

That thought was echoed by Mark Jones, a fellow at the Baker Institute for Public Policy at Rice University in Houston.

“But depending on the state, turnout in November is likely to be three to five times the size,” Jones said. “And, in principle, in-person voting involves people waiting on long lines to go inside closed areas where they will then use the same machine as everyone else.” (The CDC found that Wisconsin did experience long lines.)

And addressing that concern is tricky, he warned. “If you spread the machines out in the polling place, then you create longer lines, unless you substantially increase the number or size of those polling places,” Jones said.

His take: “I think an election is doable. Mail-in voting is a clear solution, although there are downsides, because with mail ballots you can make a mistake,” and that, he said, can result in vote invalidation.

On the other hand, “people voting in-person are going to be put at some risk,” Jones cautioned. “Especially for people who have really been isolating themselves: the elderly, the vulnerable, or people caring for them. They are really going to be put in a dilemma. But if you’re already going to the grocery store, going out to the pharmacy or going out to eat, then voting won’t be any more dangerous.”

Leidman and her colleagues reported their findings in the July 31 issue of the CDC’s Morbidity and Mortality Weekly Report.

More information:
The CDC has more about ensuring the safety of polling locations and voters.