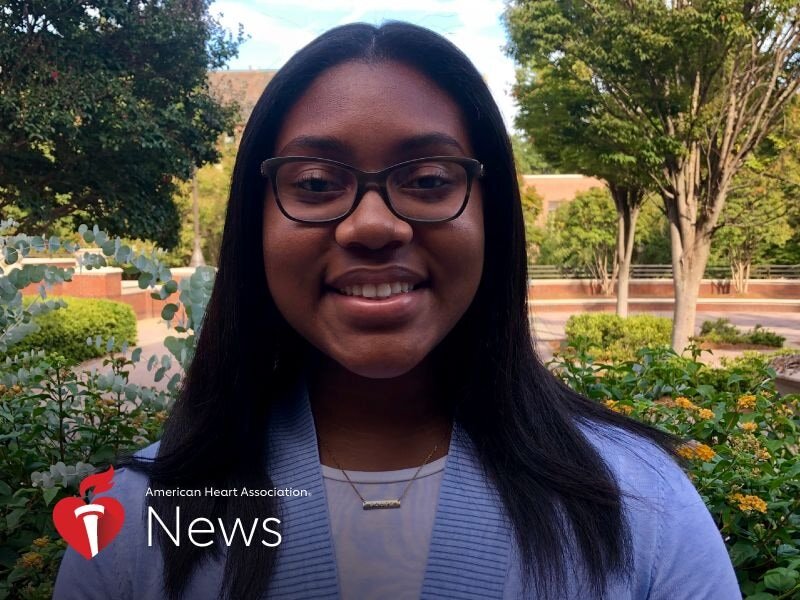 Alana Barr had just started college at Georgia Tech in Atlanta when health advocate Cornelia King came to her class.

“After she started talking about health care disparities among minorities in Atlanta and all the adverse outcomes, like diabetes and high cholesterol, I knew I wanted to do something about it,” Barr said. “I already knew about food insecurity issues and trying to get people to eat healthier, but I’d never seen the wider problem defined like that.”

As soon as the talk in her Scientific Foundations of Health class was over, Barr ran up to King, chairperson of the nonprofit Fulton County Healthy Heart Coalition, and asked how she could help.

“I’ve always been one to get very involved,” said Barr, 20, a rising junior studying public policy. “I’m a big actions-speak-louder-than-words kind of girl.”

A short list of Barr’s high school actions in Fayetteville, Georgia, exemplifies that: organizing a town hall meeting with state and local leaders about gun violence; serving as president of her school’s Health Occupations Students of America Club; and becoming a member in several honor societies. She also played basketball and several musical instruments, and she started working at Chick-fil-A when she was 16. She’s worked there every summer since.

She told King she would do anything needed because she fully believed in her mission.

They’ve been working together ever since, “out in the community like you wouldn’t believe,” King said.

Next year she plans to turn it into more of a student club. But for now, it’s been mostly Barr partnering with other groups, such as 4-H, the Trinity AME Church, Atlanta Community Food Bank and Morehouse School of Medicine on various initiatives.

At the church, for instance, she helped coordinate an effort to make garden boxes and plant vegetables outside the church.

“We put them there so the children in the neighborhood could see the different plants growing and get their hands dirty and see that the food they’re eating can come from their backyard,” said Barr, who got her own hands dirty too, helping to build boxes and plant vegetables.

Another project sent her to a youth detention center to talk to young people and their parents about avoiding drugs and adopting a healthy lifestyle.

“It was amazing to me how Alana showed up on a rainy afternoon at this hard-to-reach place going through all sorts of security,” King said. “She can relate to people on whatever level they’re at and bridge the gap between generations.”

In the summer of 2019, Barr got a taste of political life when she interned with the Atlanta City Council. She did community outreach and served as a youth sounding board for council members.

“Seeing how a large urban municipal government works was very interesting,” she said. “Things take a long time to go through, but if you garner help from constituents and start forming coalitions, you can really start to make change.”

Barr said her interest in advocacy work started with her parents, who exposed her and her younger brother to families who had less in the way of income, food or education. Barr learned about global health from her mother, who is from Jamaica and works with international diplomats.

Barr said her heritage and race set her apart in her mostly white schools.

“Looking back, it was more difficult than I thought at the time,” she said. “A lot of kids called me an Oreo—black on outside and white on inside—and I was always bullied because of my weight. When kids came to my house, they’d talk about my mom’s funny accent and different food.”

In retrospect, she said, those differences gave her a wider perspective on the world.

Barr, who this year was awarded an EmPowered to Serve scholarship from the American Heart Association, hopes to do both national and international public health policy work in the future.

“I know she’ll go on to do great work,” King said. “With all the divides between health and equity more visible than ever, I can see Alana really helping with policy. She knows how to help bring change.”

Barr warns time’s running out for companies to open encryption