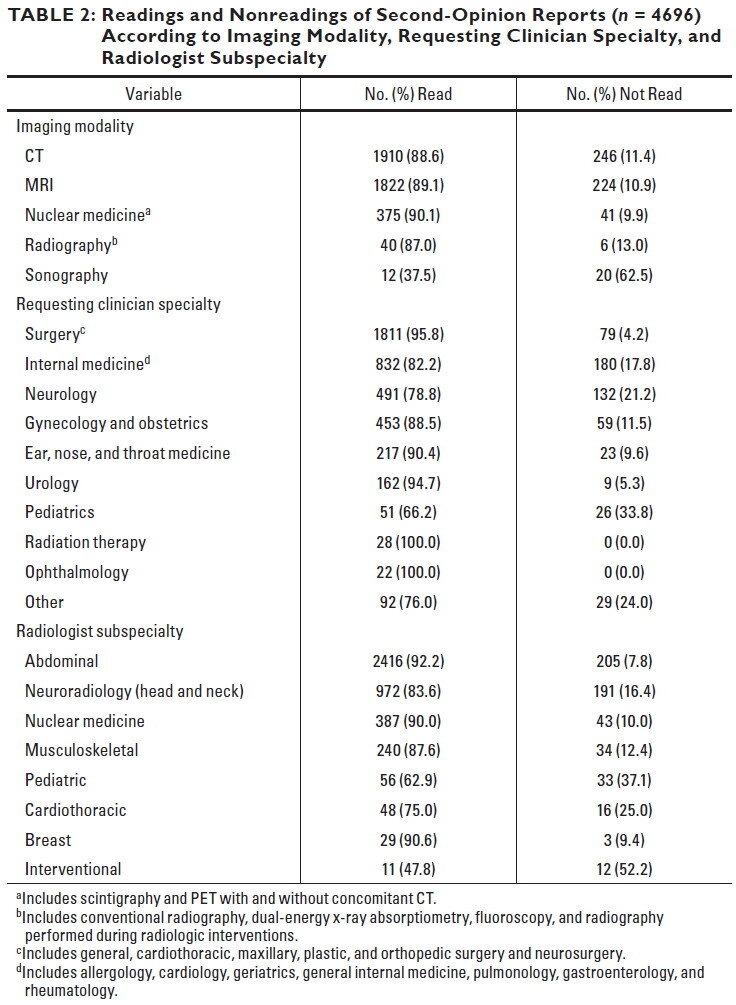 According to ARRS’ American Journal of Roentgenology (AJR), clinicians don’t learn a substantial proportion of second-opinion radiology reports—”a situation that can be regarded as an appreciable but potentially reversible waste of health care resources,” the authors of this AJR “Health Care Policy and Quality” article concluded.

Conducted by three radiologists from University Medical Center Groningen in The Netherlands, this retrospective examine included 4,696 consecutive second-opinion reports of exterior imaging examinations approved by subspecialty radiologists at a tertiary care establishment between January 1 and December 31, 2018.

On multivariate logistic regression evaluation, first writer Sabine A. Heinz discovered that the next variables remained considerably and independently related to the second-opinion report not being learn:

“Although these numbers appear modest, they pertain to a single institution during a 1-year time period,” Heinz et al. wrote, including that cumulative nationwide figures would increase these totals, “possibly substantially,” and that the variety of unread second-opinion reports will possible improve, “given the projected rise in future second-opinion requests.”

Furthermore, since opening the report within the digital affected person file system doesn’t essentially imply that the clinician truly learn mentioned report, Heinz and group contend that the speed of reports not being learn (11.4%) is probably going an underestimation.

Ultimately, “if subspecialty radiologists and clinicians take proven determinants into account,” the authors of this AJR article maintained, “the amount of second-opinion readings with limited additional clinical value may be reduced.”